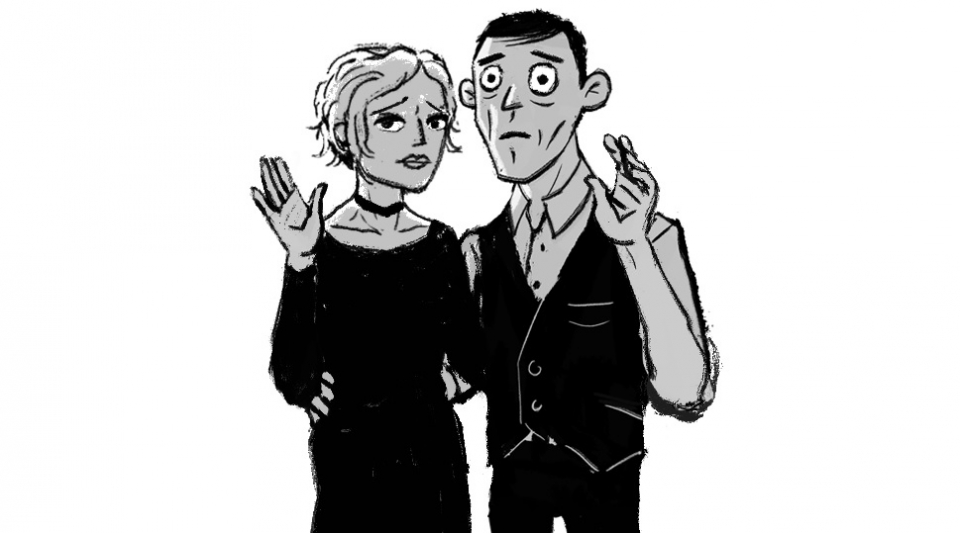 The Latvian Literature platform is launching a social media campaign #donotend inviting the public to express their support and raise awareness of the government to continue providing the platform with state funding.

The Latvian Literature’s social media pages and their website now feature a video depicting a dramatic reenactment of the gradual erasing of the main characters of the #iamintrovert promotion campaign – the introverted writers I. and I. The video is accompanied by a #donotend hashtag:

The aim of the campaign is to raise awareness of the Cabinet of Ministers to vote on August 23 in favor of allocating necessary means from the national budget to the platforms successful operation next year, when the funds assigned to platform for Latvia’s participation at the London Book Fair 2016-2018, that has developed as a simultaneously sustainable Latvian literature promotion platform abroad is about to end, and the results achieved will go to waste.

The budget estimates show that to successfully operate the platform: representation in international book fairs, grant programs for foreign publishers and translators, publisher and media visits, capacity building activities for local book market professionals and translation workshops, mobility and culture programs abroad requires 455,000 EUR a year. So far only 72,000 EUR have been officially allocated. The Ministry of Culture is requesting additional 277,000 EUR from the government towards this cause, and the decision is to be made on the 23rd August meeting. However, Latvian Literature team is skeptical about the positive outcome, as well as unclear as to where the rest of the financing could be sourced from.

Latvian Literature is a platform founded four years ago with its main aim to prepare Latvia for the London Book Fair 2018 when all three Baltic States were participating as the Market Focus countries. Much has been achieved during these few years: 45 translations and publishing contracts in to English, 120 contracts in to other languages signed; participation in the prestigious book fairs in London, Frankfurt, Bologna, Leipzig ensured; a sustainable grant system for publishing Latvian books abroad established; series of seminars, international conferences, translation workshops, visits of foreign guests, journalists and publishers to Riga organized; authors have participated in literary and cultural festivals around the world, established connections with embassies, various cultural organizations abroad, etc. Follow the link to view a detailed report of the results (in Latvian) HERE.