Imants Ziedonis (1933 – 2013 was a Latvian poet who first rose to fame during the Soviet occupation of Latvia. Ziedonis graduated from the University of Latvia with a degree in philology in 1959 and went on to study in Moscow. As a young man, Ziedonis worked in a wide variety of jobs – he worked as a librarian, road construction worker, teacher and literary editor. Ziedoni's first significant collection of poetry Zemes un sapņu smilts/ Sand of Earth and Dreams was published in 1961, and the following three collections Sirds dinamīts/Heart's Dynamite, Motocikls/Motorcycle, and Es ieeju sevī/I Enter Myself sky-rocketed him to fame almost unprecedented in Latvian poetry scene. However, he was actively writing prose as well, and during 1970s Ziedonis became deeply interested in Latvian folk culture which later informed his writing and what later became to be known as Ziedonis' Epiphanies (Epiphanies, 1971, 1974, 1994). He also collected and wrote folk tales and stories for children, these included Krāsainās pasakas/Colored Tales, Lāču pasaka/ The Tale of Bears and Blēņas un pasakas/Twaddle and Tales. As one of the most open voices in poetry during the Soviet occupation era, he repeatedly risked appearing as a dissident to the Soviet leaders, however managed to maintain a balance despite his often controversial essays and creative work. Ziedonis was a prominent member of Atmoda, the re-awakening movement in Latvia, he was elected to the Supreme Council of the Republic of Latvia in 1990 and was one of the Supreme Council members who voted for the Declaration on the Restoration of Independence of Latvia. Ziedonis was awarded the Three Star Order in 1995 and the Cabinet of Ministers' Award for Lifetime Achievement in 2002, and has received several international literary prizes and awards, his works have been translated into Lithuanian, English, German, Swedish, Ukrainian, and other languages. Ziedonis has translated works by A.Pushkin, Alexander Alexandrovich Blok, Mayakovsky, Bagritsky, Lugovskoy, et al. 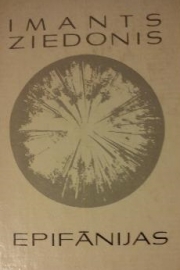 Epiphanies is full of moments of insight, flashes that combine essay-like meditations, journalism, irony, and philosophical conclusions. The author himself has said of Epiphanies: “They’re impulses, little flashes whose light illuminates a few moments in life especially brightly. Sometimes these impulses can seem contradictory; sometimes, as impulses tend to be, that’s exactly what they are. Yet as all the book’s impulses come together, they show us what life is, from birth until our journey into the afterlife.” The motif of the road, the idea of an individual’s and nation’s independence, the creation of self-confidence,
a tendency to seek intellectual freedom, and endless growth all appear in Epiphanies as they do throughout all of Ziedonis’ writing. In his initial works, we can sense discontent with alleged truths; this is why he challenges the world of dogma and its limitations. Over time, the author’s efforts to break apart and reshape the world develop into a longing to understand it thoroughly and to try to live in accordance with cosmic rhythms. Ziedonis was also deeply influenced by Latvian folklore and the Upanishads.

Sold to Italian and English 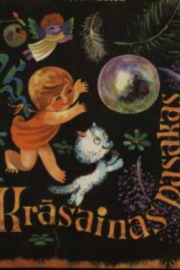 Imants Ziedonis’s Colourful Stories examines universal human values and fires up readers’ imaginations by prompting them to explore and expand their own view of the world. These are light-hearted stories which speak about life’s paradoxes and playfully engage with the reader just as the author himself plays with colours, words, and ideas. They contain great wisdom about life, but never cease being playful, bright, and fun. Ziedonis’s writing is free-spirited and accessible, and the stories can be meditative and therapeutic, though always with lively plots and captivating characters. The stories do not contain any depictions of violence or evil; it is as if the author truly wanted to spread only joy and harmony, and to celebrate love. In the “White Story”, everything is as white as on the first snowy day of the year. Even the ink turns white, and Ziedonis wonders if the reader will be able to read a thing now that everything has turned white. The “Yellow Story” features the sun, baby chicks, bees, flowers, and a sudden conclusion. One might expect Communist flames in the “Red Story”, but in fact it just shows how dangerous ordinary flames can be. In the “Brown Story”, little men secretly paint mushroom tops and acorns, and make sure that a person turns brown when they tan. The “Black Story” is about hell, which has seven doors and six antechambers, with a guard who searches those he finds suspicious and takes away any lamps they might be carrying, because of the ongoing battle against light. This book can be enjoyed by children and adults alike. Since its first publication, it has been reprinted more than ten times in Latvian as well as in several other languages including English, German, Russian, Italian, and French. Nearly every new edition of Colourful Stories includes illustrations from a new artist, because the images created by the author in his writing lend themselves so well to visual interpretations.

2002, the Cabinet of Ministers' Award for Lifetime Achievement

2001, Rainis Prize, Awarded by the Latvian Academy of Sciences

1990, Honorary Member of the Academy of Sciences 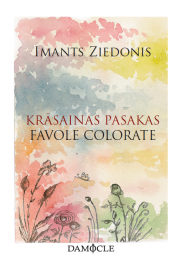 Story collection in Itaian of Latvian author Imants Ziedonis. Fairy tales for both children and adults. 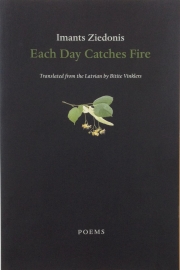 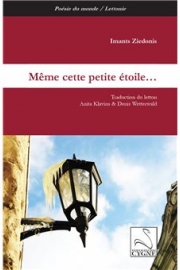 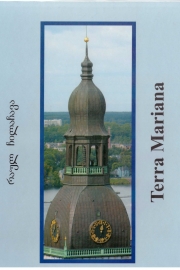 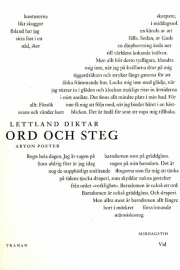