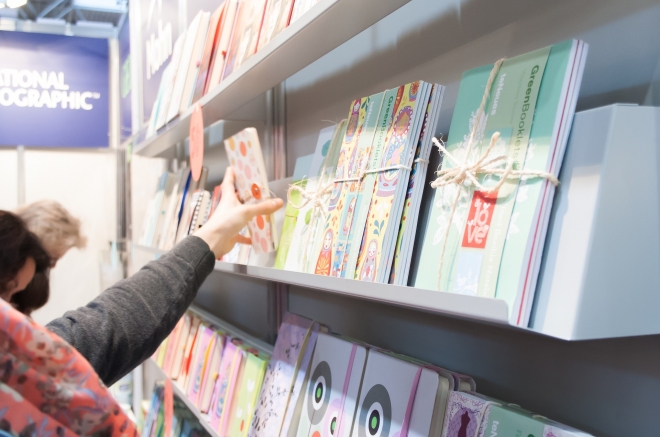 This was the third time a delegation of British publishers met up with representatives from Latvian publishing houses. From 21st until 23rd September, the UK publishers from Parthian Books, Profile Books, Firefly Books, Book Island and Arc Publishing visited Latvia.

The goal of this visit was to introduce the publishers to what is on offer in the Latvian book market and promote publishing of literary works translated into English. The visits of British publishers are held as part of the process preparing Latvia for participation in the London Book Fair 2018. In two years, Latvia will be celebrating it's hundredth anniversary and along with Lithuania and Estonia will be attending the London Book Fair as a Market Focus country expected to receive particular attention from publishers and media. In anticipation of this event, Latvia is currently working on book translations into English and creating a wide range of Latvian culture events in London and other places in the UK.

During the visit, publishers were introduced to the Latvian printing and publishing industry, the availability of financial support, as well as the most outstanding works of prose, poetry and children's literature. Lectures to the guest publishers were read by the director of Latvian Literature project, Inga Bodnarjuka-Mrazauskas, managing director at Jānis Roze Publishers and president of the Latvian Association of Book Publishers, Renāte Punka, coordinator of the support programmes for publishers and translators at the Latvian Writers' Union, Jeļena Budanceva, President of the Latvian section of IBBY and professor at the University of Latvia, Ilze Stikāne, as well as Rūta Briede, illustrator of children's books. The British guests also attended individual meetings with Latvian publishers and literary agents Vilis Kasims, Jayde Will and Žanete Vēvere–Paskvalini. “It is our attempt to bring together publishers that can potentially speak the same language. We have invited publishers of various profiles, from both large and small, niche publishing houses. It is important to be able to offer works that are interesting to the particular publishing company and is in line with its values,” Bodnarjuka-Mrazauskas explained.

Along with the publishers, Latvia also welcomed Harriet Williams, the British Council's manager for the London Book Fair Market Focus cultural programme. She met the coordinators at Latvian Literature, official organisers of the Latvia’s 100th anniversary programme" and representatives of the British Council in Latvia in order to assist in putting together the programme for Latvia's participation in the London Book Fair.

Separate visits were organised with publishers from Jumava, Valters un Rapa, Zvaigzne ABC, Liels un mazs, Neputns, Pētergailis, Mansards and text group Orbīta, and several agents. Visits of the UK publishers to Riga are held by the International Writers' and Translators' House with the support of the Ministry of Culture of Latvia.