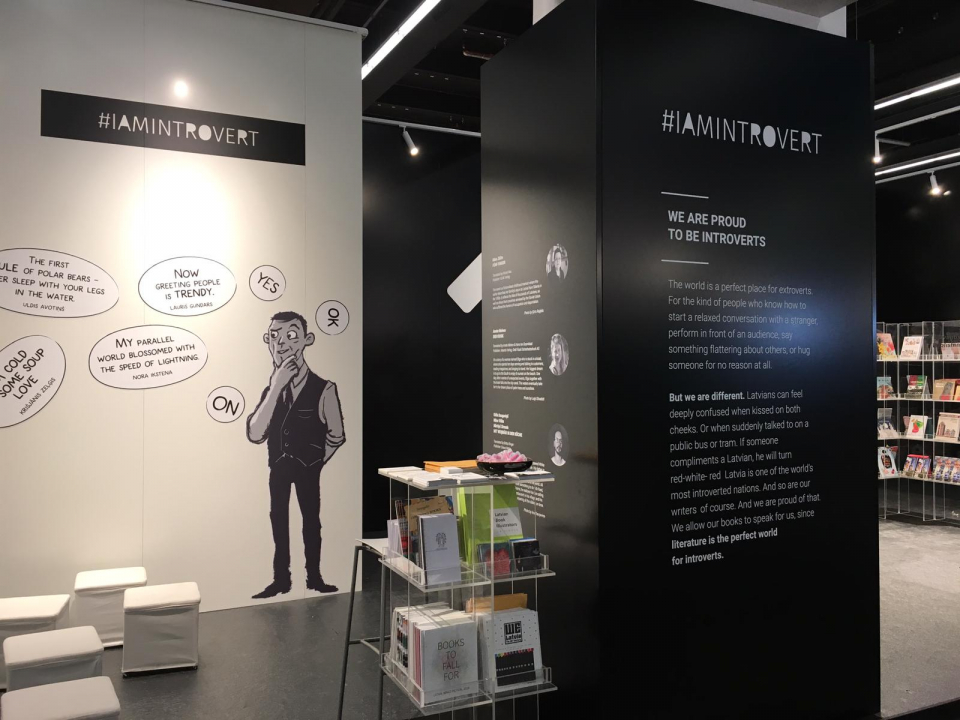 From 16th until 20th October, Latvia will be taking its national stand to the biggest publishing exhibition in the world – the Frankfurt Book Fair (Frankfurter Buchmesse 2019). This year our Minister of Culture Nauris Puntulis will be traveling to Frankfurt to meet the officials and discuss the possibility of Latvia participating as Guest of Honour in the future.

In the April press conference “Latvian Literature” announced their ambitious goal – to make Latvia Guest of Honour at the Frankfurt Book Fair within 5-7 years. This year, Minister of Culture Nauris Puntulis will be joined in Frankfurt by Secretary of State for Culture Dace Vilsone and Senior Official for Cultural Industries Līga Buševica to initiate discussions about this potential collaboration with the organizers of the fair.

“Obtaining the Guest of Honor status is certainly an ambitious goal which would ensure that Latvia as a country and as a culture is noticed in a wider international context. It would not only be a new stepping stone for Latvian literature and publishing, but also a wonderful opportunity to promote the cultural values of our country. We are now in the initial phase of achieving this objective,” emphasized Minister of Culture Nauris Puntulis.

The opening of the Latvian stand (B79, Hall 5) is scheduled to take place on 16th October, 16:00 PM. During the five days, the stand will be hosting various events and meetings of publishers, typographers, Latvian Literature representatives, Latvian literary agents and other representatives with potential foreign partners. This year, too, the Latvian exhibition includes themes from the #iamintrovert campaign. Every guest is welcome to take their photos next to the now-famous introverted characters drawn by artist Reinis Pētersons and one of our choice Latvian literature quotes, arranged with magnets on the wall of the stand. Latvian Literature representatives have chosen to emphasize those authors with books recently published or soon to be published in German – Nora Ikstena, Māra Zālīte, Arvis Viguls, Lauris Gundars, Krišjānis Zeļģis, Uldis Daugaviņš, and Anete Melece.

Latvia will be represented at the Frankfurt Book Fair 2019 will be attended by the representatives of publishing houses “Liels un mazs”, “Pētergailis”, “Jāņa Rozes apgāds”, “Madris”, and “Avantis Publishing”, as well as “Veiters Korporācija”, “Darderdze Hologrāfija” printing houses, and BT1 (Latvian Book Exhibition) and the Latvian Publishers' Association.

Latvia’s participation in the Frankfurt Book Fair is supported by the Investment and Development Agency of Latvia in collaboration with the Latvian Literature platform.