This February, the English translation of Māra Zālīte's novel “Five Fingers” was published in the U.S. by Dalkey Archive Press.

Māra Zālīte's novel “Five Fingers” (“Pieci pirksti”) was first published in Latvian in 2013 by "Mansards", and has now been published also in Georgia, Estonia, and Lithuania. An excerpt from the novel was included in the prestigious "Best European Fiction 2016" anthology under a title “The Major and the Candy”. “Five Fingers” has earned Māra Zālīte the Annual Latvian Literature Award in Best Work of Prose category.

The author of “Five Fingers”, Māra Zālīte, like her heroine Laura was born in Siberia to parents deported as children. And like Laura she returned to Latvia at the age of five. But the well-known and award-winning poet and playwright, in her fictionalized account of her childhood through poetic and dramatic elements also reflects the fate of thousands of Latvians, as well as other Eastern block individuals from Soviet-annexed satellite countries who suffered the horrors of occupation and deportation. Many of the thousands who fled to the West to escape this occupation have family members who suffered similarly. 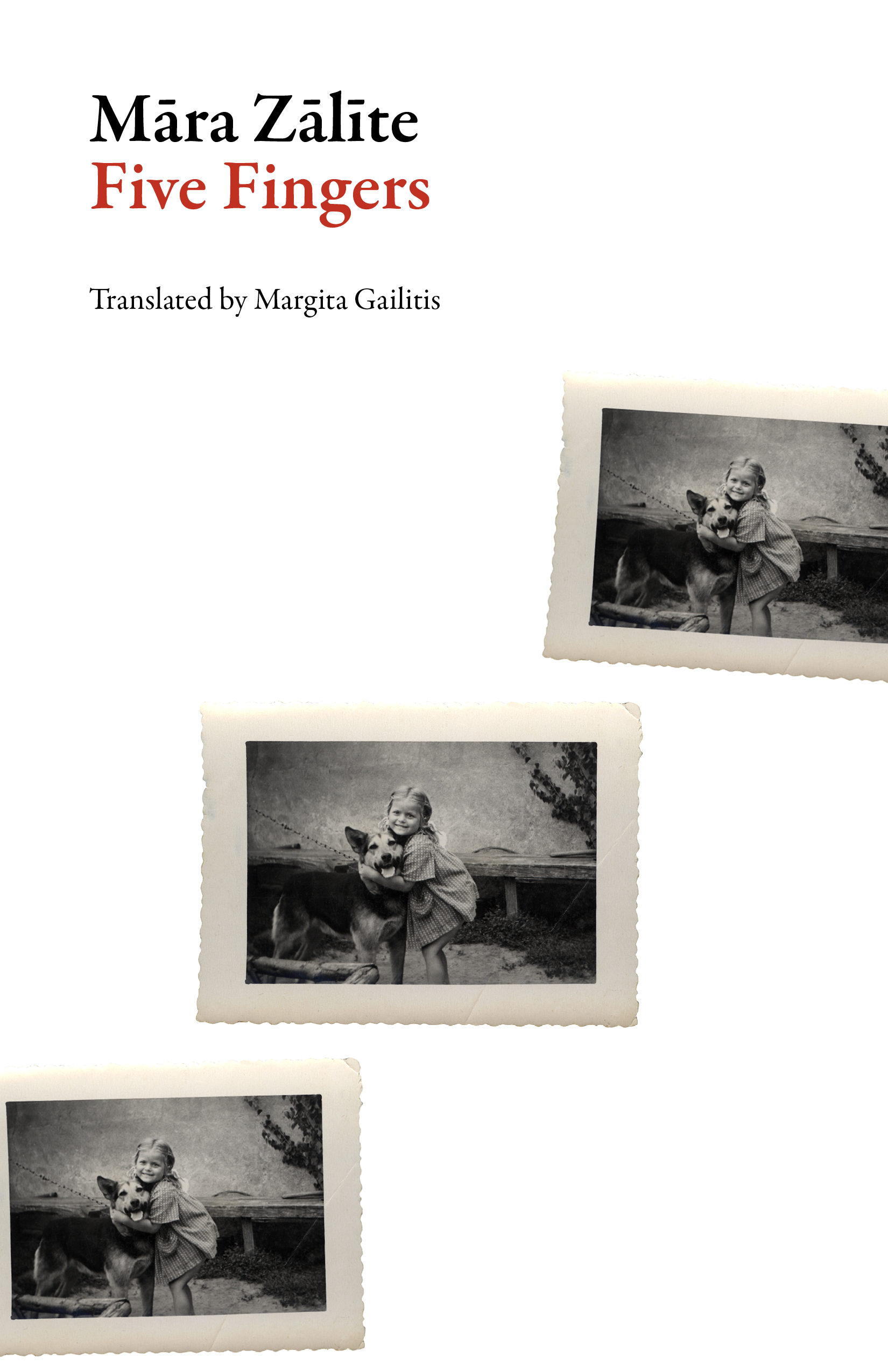 The publishing of this important Latvian work in the U.S.A. is mainly the result of the collective effort and contribution of its translator Margita Gailītis and editor Vija Kostoff. Margita Gailītis has translated many influential works of Latvian literature into English, including another work published by Dalkey Archive Press - Sandra Kalniete's “With Dance Shoes in Siberian Snow” about deportation in Syberia. Comments by the author of the translation in the synopsis of “Five Fingers” explain how significant this book is both in historical context and for her personally: “I, Margita Gailitis, the translator into English of “Five Fingers”, fled Latvia at four years of age with my mother, two sisters and paternal grandparents, and after spending some time in displaced persons camps, emigrated with my family to Canada. But my father was deported to Siberia and died there. One of my missions in life, therefore, has been to inform English readers through translation, as much as I am able to do, about the horrors of occupation and deportation.”

Director of Mansards publishing house, Jānis Oga, considers the publishing of the novel in English a joyful event, and a logical outcome: “I hope this book will be fascinating for the literature lovers that Dalkey Archive Press have been spoiling with excellent translations of European writers' works for more than 30 years. But I also hope it will be a special present for all those Latvian readers around the world, those who see themselves as Latvians at heart but for various reasons don't have an opportunity to read in Latvian. Along with many impatient readers we are excited to see the manuscript for the second part of “Five Fingers” this year, the author's jubilee year. It would be only natural if the second part of the novel was translated into English right away and ready for publishing as soon as next year. Latvian literature is proudly going out into the world!”