Uldis enjoys translating a wide variety of literary genres, both fiction and non-fiction, including literature for adults as well as books written for young people. He has translated mysteries, children’s stories, and scientific articles, and hopes to try his hand at poetry translation in the near future. Uldis’s interest in language has followed him throughout his life. He holds a Ph.D. in linguistics from the University of California, Santa Barbara and has studied over 30 languages including Navajo, Sanskrit, and Livonian. He grew up in Arizona, a descendant of the World War II Latvian refugee community in the United States, and has native proficiency in Latvian and English along with a deep understanding of the nuances individual words and turns of phrase hold in both languages. He enjoys the challenge of finding a way to re-express the essence of meaning that is found in original Latvian texts into English. Uldis is also an avid photographer and enjoys telling the story of the people and places he has encountered not only through words, but also through images. 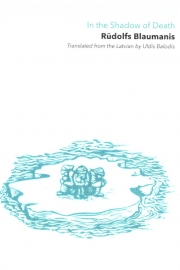 In the Shadow of Death

: In the Shadow of Death

This short story masterpiece tells of several fishermen lost at sea after the ice floe on which they work calves off and drifts away rapidly. One by one, the thirteen men and a boy must deal with the creeping reality that they may not see the mainland. 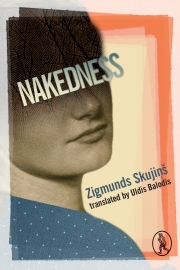 Set in the 1960s, Nakedness is the tale of a young man who has just completed his military service and gone straight to Randava to surprise Marika, the beautiful woman with whom he’s been corresponding for some time.