Rafael Martín Calvo (1978) was born in Spain, where he earned a MA in Translation and Interpreting from the University of Granada in 2002. From 2003 on he lived in France, Switzerland and Norway, before settling in the Latvian countryside in 2010. He has been a lecturer at Ventspils University of Applied Sciences since 2011, where he has obtained a doctoral degree in linguistics. He is the author of two poetry collections and his first published translation from Latvian is Nora Ikstena's novel Mātes piens (Vaso Roto, 2021). 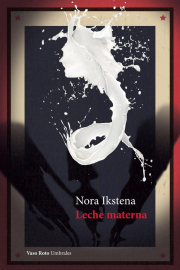 from the personal archive

from the personal archive