Amrit Mehta was a translator with the Ministry of Railways (English-Hindi and vice-versa), New Delhi, Lecturer/Reader/Head of Department of German, Panjab University, Chandigarh, Head of the Department, Centre for Translation Studies, English & Foreign Languages University (EFLU),  Writer, Columnist, and Chief Editor of the quarterly literary magazine “Saar Sansaar” (www.saarsansaar.com), which publishes foreign literature  translated  directly from the source language into Hindi.  Mehta has published 106 translated books, 2 books on translation theory and 3 books in German with original poetry and short stories.  He has delivered lectures on literature, translation theory and indology at universities, in Toronto, Vancouver, Vienna, Hamburg, Salzburg, Tampere, Granada, Istanbul, Göttingen, and Bangkok.  In India, he organized speaking tours of a number of German-speaking authors, including Robert Menasse, Franz Hohler, and Peter Rossi, as well as Jozef Banas from Slovakia.  Mehta has also recited his original work at places like Berlin, Hildesheim, Zeuthen, St. Pölten, Vienna, and Innsbruck.  In 2006, he  stayed at the Writers Residency in Lavigny (Switzerland). He has attended Solothurner Literaturtage in Solothurn, Switzerland, 5 times at the invitation of Pro Helvetia, and has visited Austria many times at the invitation of Austrian Society of Literature and Ministry of Education, Arts & Culture.  He has been a guest of the Literary Colloquium, Berlin,  three times, the Übersetzerhaus (Translation House), Looren, Switzerland, three times as well, and was a guest of the Centre for Information on Literature, Bratislava, four times. Mehta was the recipient of the prestigious Übersetzerstipendium from the Ministry of Culture of the Govt. of Niedersachsen, Germany in 2013. His poems and short stories have been translated into Hindi and Slovak, and been published in prestigious Slovakian literary magazines such as “Knizna Revue”. 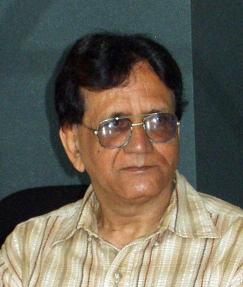