Agnese Rutkēviča, born in 1988, also known by her pen name Anna Foma, is a Latvian poet, prose author, and playwright. Agnese Rutkēviča has studied Thetatre at the Culture Academy of Latvia, as well as drama and directing at the Ludwik Solski Academy for the Dramatic Arts  Kraków, Poland. Rutkēviča has participated at the poetry and prose writing workshops at the Literary Academy, organized by the Latvian Writers' Union. As an actress, she has also performed in various theatre plays, participated in international drama forums. Her story Melnais uzvalks [The Black Suit] earned her the main prize at the Prose Readings Festival 2011. Her first book of poems Jaunā Vāgnera klusēšana [The Silence of Young Wagner] was published in 2013 by Mansards.

Laligaba nomination for The Silence of Young Wagner // Laligaba.lv, 2013 [LV]

2013, nominated for the Annual Latvian Literature Award for best debut, for The Silence of Young Wagner 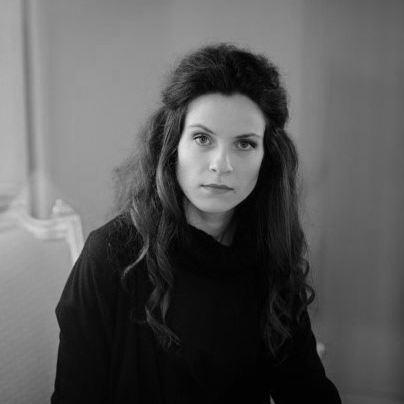