Ieva Melgalve (1981) is a popular Latvian writer of fantasy novels, SF, plays, and other prose genres. She started out and got involved in the Latvian literary scene at a rather young age – when she was only 12, participated in the literary youth camp Aicinājums (The Calling) several times. She gained greater public recognition with her unintentionally scandalous work of prose titled Definitions/Definīcijas, published in 1996, because of its honest and uncensored vocabulary and wide popularity among young readers. This piece was awarded in a young authors competition run by the Ministry of Education of Latvia, and the same year, her mini-novel I was Waiting for Spring to Come, or Ice-heart/ Kā es gaidīju pavasari jeb Ledussirds (1996) was awarded the magazine Karogs prize. Melgalve has also published poems, for instance, in the anthology 21 from the 21st Century/ 21 no 21. gadu simteņa (1999), and written plays for theatre, her science fiction play in two acts Inhumanity/ Necilvēki being published as an e-book. Two of her novels, The Dead won't Forgive and Arrow, Star and Laee, have been nominated for the Annual Latvian Literature Award, and so has her work Moon Theatre/ Mēness teātris (2015). Ieva Melgalve is actively involved in Latvian literary circles, literary criticism, and running workshops at the Literary Academy, courses organized by the Latvian Writers' Union.

In other languages
Mommy Who Ate Children. Rīga: Zvaigzne ABC, 2017. 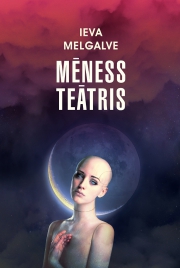 In an enormous theatre on many stages there are theatre performances all happening at the same time. The actors don’t have their own identity outside of their stage lives, and no other objective than just to get the chance for a better part and try to not get on the playrights’ blacklists. Who are these playwrights, who is the audience, and do they really exist? No one knows (although a few of them – the inquisitive young Lapsa, for example – tries to find out). One of the book’s central roles – an Actor who doesn’t have his own name – desperately tries to take part in the scenarios presented to him, but each time he tries to play his role honestly, it becomes more and more bizarre, tearing down the border between performance and truth. Similarly, the Mime – one of the androids equipped with artificial intelligence who maintains order in the theatre world – tries to play the role of guardian for the actors. However, as the Mime gradually awakens to a consciousness that becomes his own, he can no longer react to what is happening in the theatre without emotion. Perhaps they could continue to play their parts if the planned performances weren’t shaken by a resistance movement trying to realise the Actor’s identity behind the scenes and possibly even do away with the theatre’s power altogether. Yet their road isn’t easy – the idealistic Malda, who’s expecting a child, can no longer separate true love from performed love, and the tricky Gurds, sensing imminent danger to the movement, tries to make a scapegoat out of the egotistical Vladi, who in turn has landed himself a good part, no longer wanting to resist the existing order… 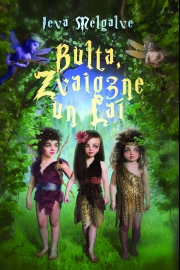 Arrow, Star and Laee is a 29,000-word middle-grade fantasy novel. It is told from the perspective of three Stone Age adolescents: courageous, single-minded Castor; clever, scheming Neena and awkward, seemingly lazy Pelle, who—according to the tribe’s witch, Golden Snake—is a fairy child, unfit to become an adult and posing a threat to the entire tribe. 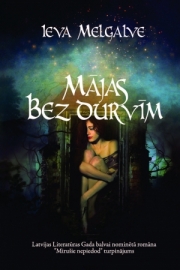 Houses Without Doors is Ieva Melgalve’s sequel to her fantasy novel The Dead Don’t Forgive, but it can be read without having read the first. It is enough to know that the story is set in the same world, where emotions are magic, and this magic can either save you or kill you. In the Bruoni city of Graa, many young commonfolk women and even a young magician have been mysteriously killed. Who is to blame? Rem, the wizard from the capital city, or the stranger Vega who has arrived in Graa in an attempt to keep to herself? The head wizards do not care for justice – it is enough if their suspect survives. Thus, Vega and Rem will have to fight a silent and cruel mental battle while secluded in prison, at every moment risking the worst fate the mages can be forced to confront – loneliness. Will Vega be able to maintain common sense as the events of her recent past – a friendship that ended in murder, a spell that ended in humiliation, and a love that ended in separation – come rushing back to her? 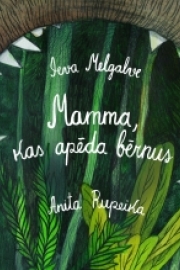 Once upon a time there lived a mom who ate children... No, this isn’t a horror story, but a funny picture book to read and enjoy together with your child. This book helps a child understand that eventually s/he will grow up and learn to be independent. After spending time together laughing and playing games (“I am going to eat you now!”), it’s time to hug each other! 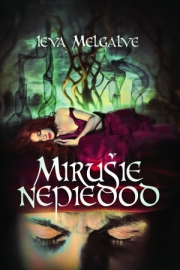 The Dead Don’t Forgive is set in a fantasy world where emotions are magic and magicians are both powerful and vulnerable. On the one hand, they can exert near total control over commoners, who do not possess comparable abilities; on the other hand, they can be emotionally unstable and, thus, easily manipulated by other magicians. The story is told from the perspective of Vega, a gifted young woman who began training as a magician but quit before completing the full course, defying her master. Haunted by memories of that experience and carrying a deep resentment for all magicians, she hides her special skills and lives as a commoner even though this is a crime that carries a severe punishment. 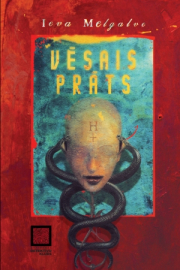 In the novel The Cool Mind (2018), the body of Helen – a transhumanist, computer scientist and military drone programmer – is found with her head severed. The investigation is quickly entangled in the issues of cutting-edge technology and the opportunities it can give to both ending and saving lives. Soon enough, the investigator faces a question the legal system is not equipped to satisfactorily answer: namely, is Helen really dead, and how does one determine that? Is immortality something to be sought, or avoided? The issues of transhumanist technologies and bioethics and the ongoing investigation flows parallel to the story of Satu, Helen’s genderqueer lover, who struggles to cope with the death of Helen, as well as their own identity in a society where language itself allows little room for anything but a strictly binary gender expression.

2015, shortlisted for the Annual Latvian Literature Award for Arrow, Star and Laee 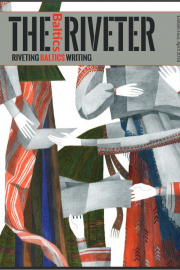 The fourth edition of the literary magazine The Riveter, that is dedicated to present literature from the Baltics, inluding guest editors, reviews and sample translations. 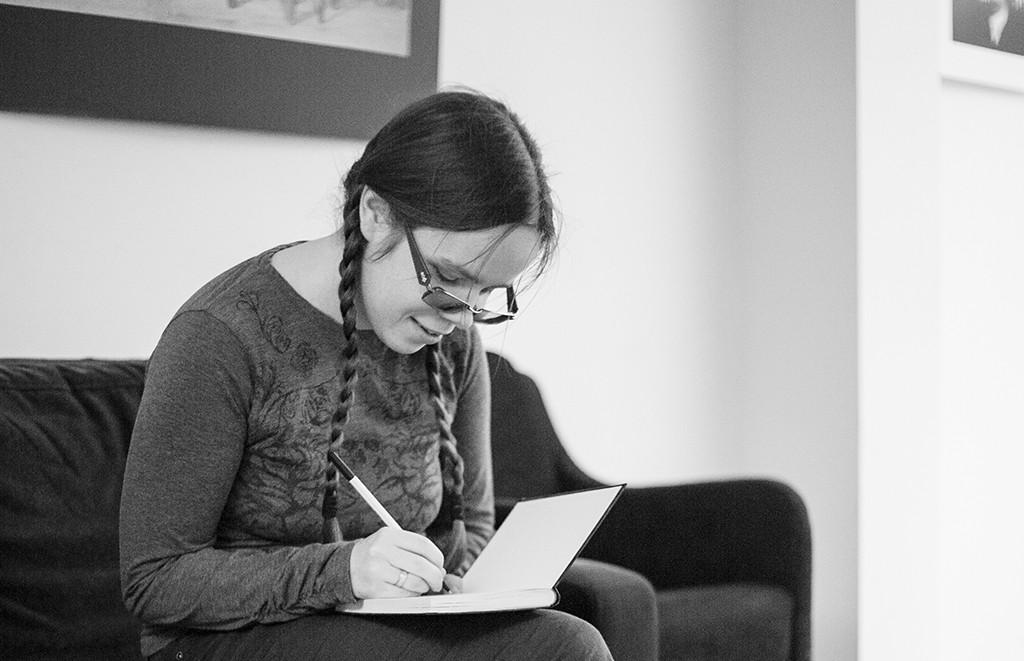