Māris Putniņš (born in 1950) is an author, artist and producer of many animated films, as well as, since 2003, the author of a children’s adventure novels Wild Pies/ Mežonīgie pīrāgi with four books already published in the series. Both the text and his own illustrations are witty, inspiring and amusingly ironic. The Wild Pies series have been translated and published in Lithuania (by Nieko rimto) and Germany (by S. Fisher Verlag GmbH) as Die wilden Piroggenpiraten. Among his best known creations are the popular animated episodes of Rescue Team/ Avārijas Brigāde, Munk and Lemmy/ Munks un Lemijs, Minifilms/Minifilmas, and others. He has written more than 50 scenarios, including for a feature film Little Bankrobbers/ Mazie laupītāji (2009), also translated for the Austrian audience. He has directed plays for theatre, including Tennessee Williams' play Kingdom of Earth for Liepāja Theatre, and has played several roles for a puppet theatre (1971 – 1973). Māris Putniņš is a member of the Latvian Filmmakers Union since 1997. As a director alongside Janis Cimmermanis he was involved in the production of a feature film after his screenplay Then it's Hi! Hi! Hee!/ Džimlai Rūdi Rallallā! (2014). Besides his work as a writer of children's literature, he has written about fifteen plays of which several have been put on stage. 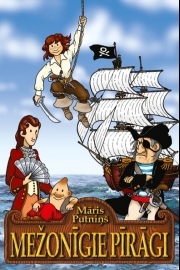 2008, nominated for the prestigious Jānis Baltvilks award for

2004, 3rd place in the competition Book of the Year, organized by the Latvian Publishers' Association for Wild pies and the Dumplingcatepetl 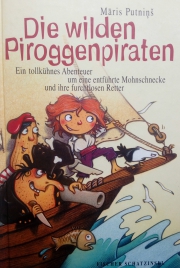 It is a strange world, inhabited by unusual folks: muffins, buns, biscuits, cookies, sausages, tortellini, croissants, hams and a lot of other nations.